Mangroves line the shores in many tropical locales, creating a beautiful and unique ecosystem for birds, fish, monkeys, elephants and more. These dynamic trees also have a secret weapon in battling the negative effects of climate change: they sequester up to 10 times more carbon than terrestrial trees.

In addition, mangroves help stabilize coastlines from rising sea levels and minimize destructive waves from hurricanes and storms that would otherwise decimate some of the world’s poorest communities.

Over the last 50 years, however, it is estimated that one third of the world’s mangrove forests have been destroyed, making the effort to plant more mangroves even more critical. Two UC San Diego School of Global Policy and Strategy (GPS) alumni, Ryan Merrill, MPIA ’08, and Richard Cohen, MPIA ’91, are taking on the challenge with the Global Mangrove Trust (GMT). 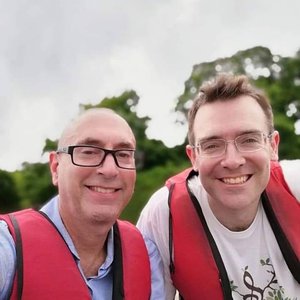 The Singapore-based nonprofit was co-founded by Merrill, who also serves as a doctoral research fellow in Sustainability, Strategy and Innovation and an adjunct professor at Singapore Management University. He created the Global Mangrove Trust with partner Simon Schillebeeckx to address the need to plant more mangroves worldwide to minimize global warming, enrich coastal ecosystems and protect vulnerable communities from poverty and the threat of rising seas.

“Mangroves are an amazing natural technology protecting many of the most vulnerable communities on Earth,” said Merrill. “Restoring and conserving these ecosystems is a shockingly efficient way to generate sustainable development impacts.”

The concept of GMT is simple: anyone who wants to make a difference can donate funds to plant mangroves around the world. But Merrill took the premise one step further, with the goal of ensuring accountability for those donations. Merrill utilized his background in institutional finance — which he first learned at GPS — to develop GROVE, a digital platform that utilizes smart contracts and satellite verification so that donors can track how their funds are being used.

“Basically, we crowdfund mangrove projects, track their growth with satellites and AI, and then reward the communities tending to those groves for long-term husbandry,” said Merrill.

“I speak to corporations, foundations, family offices and individuals from experienced billionaires to kids with a piggy bank,” said Cohen. “We talk about how to redeploy capital for the good of the planet. They understand, like so many, that we are in the midst of a planetary crisis, that the time to act is now. I am now witnessing an opportunity to deploy capital in a way that exceeds the best ‘returns’ I have ever seen.”

Merrill first met Cohen as a student at GPS. He was a member of Export Access, the GPS student group that provides market research and consulting services to companies around the globe. Cohen, who was a member of the first class of GPS (formerly IR/PS), had a thriving career in finance in Southeast Asia. He enlisted Export Access to provide their services to his firm.

Cohen was so impressed with Merrill’s work that he asked him to not accept any job offers until the two spoke. “I then hired him in a fairly senior role,” recalled Cohen, “running operations of our department.”

Over the span of several decades, Cohen worked in finance in the U.S., Japan, Singapore, Malaysia and Thailand. He established the institutional finance department for Thailand’s largest stock brokerage firm and worked for two hedge funds. Cohen was ranked as the top stock broker to hedge funds for all of Malaysia by Asiamoney magazine in 2004.

Merrill and Cohen worked for several years in finance in Southeast Asia together. Merrill then decided to take a break from the industry and returned to the U.S. to earn his doctorate from the University of Southern California.

Armed with his Ph.D. in environmental policy, savings he had built and a “dogged belief in we were doing the right thing,” Merrill returned to Singapore to establish Mangrove Global Trust. He has not looked back since. GMT’s ultimate goal is to plant a billion mangrove trees around the world.

In addition to helping address the world’s carbon problem, mangrove reforestation provides local communities with jobs planting and maintaining the forests. The efforts also support the local ecosystems, increasing fish stocks for fishermen and providing livelihoods for other villagers who cultivate mangrove honey, farm clams and derive artisanal medicines and dyes from the forest bounty. 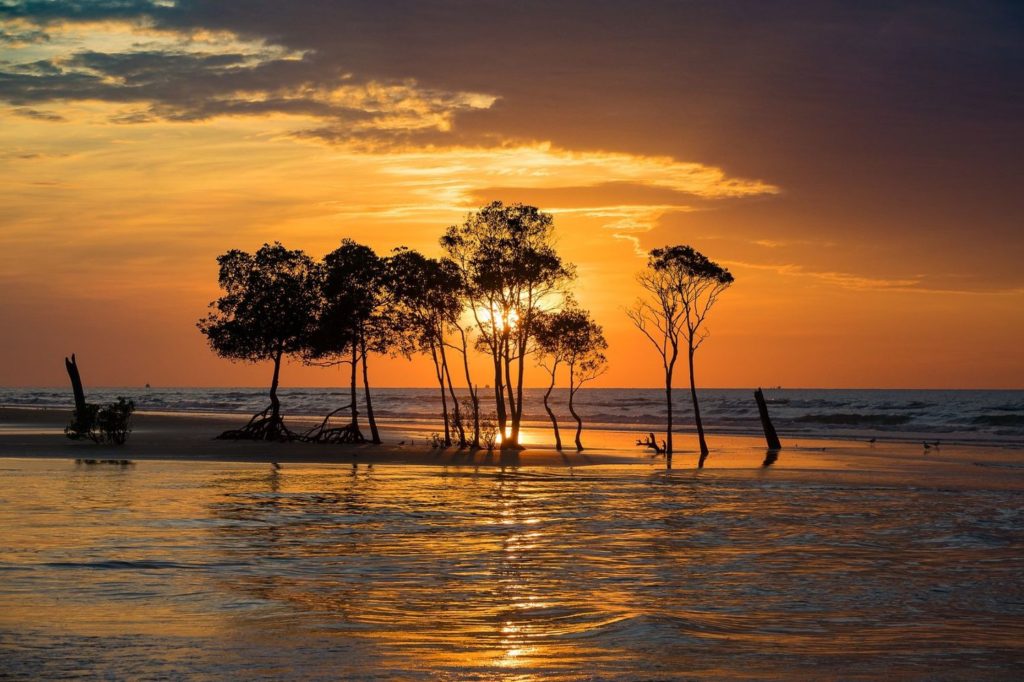 “Working with mangroves is especially rewarding because funding these reforestation projects directly mitigates environmental justice problems,” said Merrill. “The poorest communities suffer the disproportionate costs of carbon pollution and global warming generated by industrial nations. This social justice aspect of the project is perhaps the most appealing, above and beyond the amazing positive biological impacts of restoring and expanding blue carbon ecosystems.”

Merrill and Cohen both count GPS as playing key roles in their success, and they have both stayed connected. “I have so much to thank GPS for,” said Cohen.

GMT is also looking to host a GPS student at their Singapore headquarters, as part of the GPS Summer Internship program. Support from alumni and friends can make a significant impact in providing students with summer internships that offer hands-on experiences conducting research, shaping public policy, managing resources and engaging in public service across the globe.

To learn more about the Global Mangrove Trust, visit globalmangrove.org.